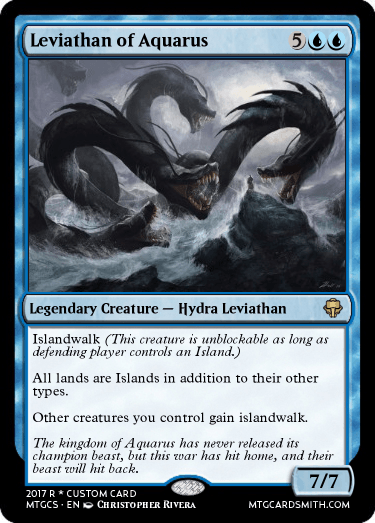 Islandwalk (This creature is unblockable as long as defending player controls an Island.)

All lands are Islands in addition to their other types.
Other creatures you control gain islandwalk.
The kingdom of Aquarus has never released its champion beast, but this war has hit home, and their beast will hit back.

Support WarriorOfNature's creations
with a gift of Premium Membership!