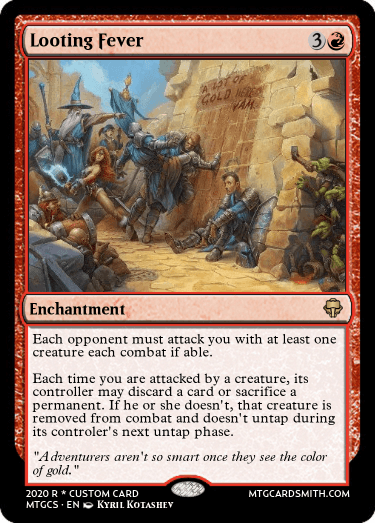 Each opponent must attack you with at least one
creature each combat if able.
Each time you are attacked by a creature, its
controller may discard a card or sacrifice a
permanent. If he or she doesn't, that creature is
removed from combat and doesn't untap during
its controler's next untap phase.
"Adventurers aren't so smart once they see the color
of gold."

Support Mazertov's creations
with a gift of Premium Membership!