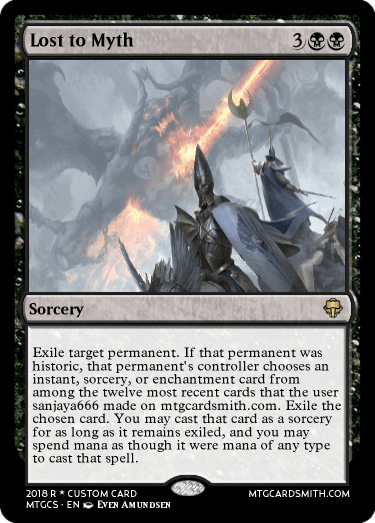 Exile target permanent. If that permanent was historic, that permanent's controller chooses an instant, sorcery, or enchantment card from among the twelve most recent cards that the user sanjaya666 made on mtgcardsmith.com. Exile the chosen card. You may cast that card as a sorcery for as long as it remains exiled, and you may spend mana as though it were mana of any type to cast that spell.