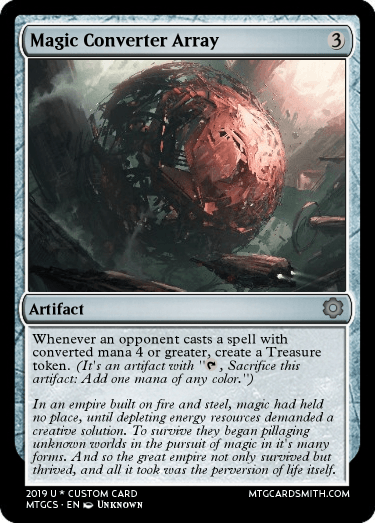 Whenever an opponent casts a spell with
converted mana 4 or greater, create a Treasure
token. (It's an artifact with "{t}, Sacrifice this
artifact: Add one mana of any color.")
In an empire built on fire and steel, magic had held
no place, until depleting energy resources demanded a
creative solution. To survive they began pillaging
unknown worlds in the pursuit of magic in it's many
forms. And so the great empire not only survived but thrived, and all it took was the perversion

Support Shmoohawk's creations
with a gift of Premium Membership!