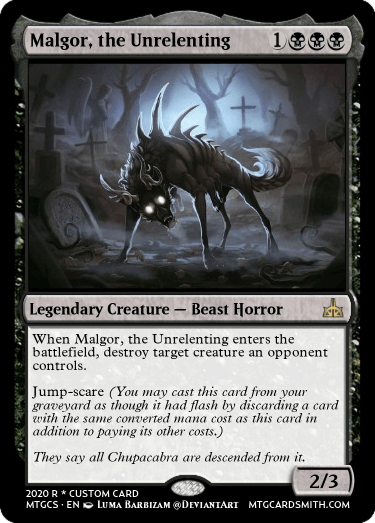 When Malgor, the Unrelenting enters the battlefield, destroy target creature an opponent controls.
Jump-scare (You may cast this card from your
graveyard as though it had flash by discarding a card
with the same converted mana cost as this card in addition to paying its other costs.)
They say all Chupacabra are descended from it.