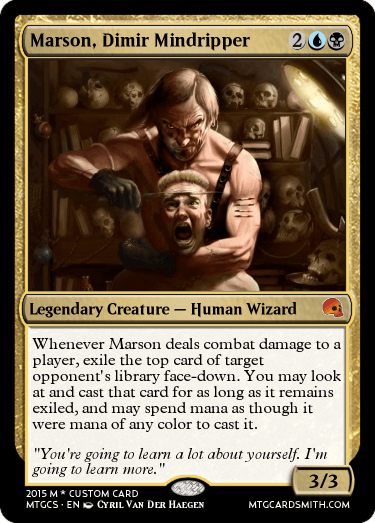 Whenever Marson deals combat damage to a player, exile the top card of target
opponent's library face-down. You may look at and cast that card for as long as it remains exiled, and may spend mana as though it were mana of any color to cast it.

Support MrRansom's creations
with a gift of Premium Membership!