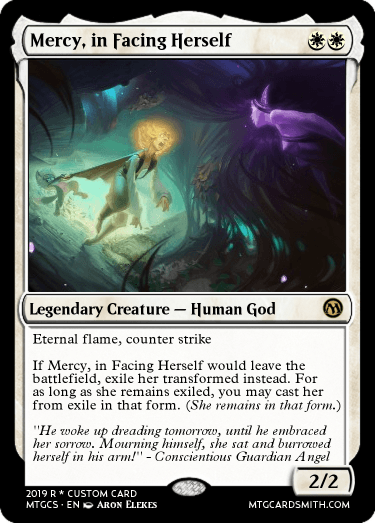 Mercy, in Facing Herself

Eternal flame, counter strike
If Mercy, in Facing Herself would leave the
battlefield, exile her transformed instead. For
as long as she remains exiled, you may cast her
from exile in that form. (She remains in that form.)
"He woke up dreading tomorrow, until he embraced
her sorrow. Mourning himself, she sat and burrowed
herself in his arm!" - Conscientious Guardian Angel

Support murkletins's creations
with a gift of Premium Membership!