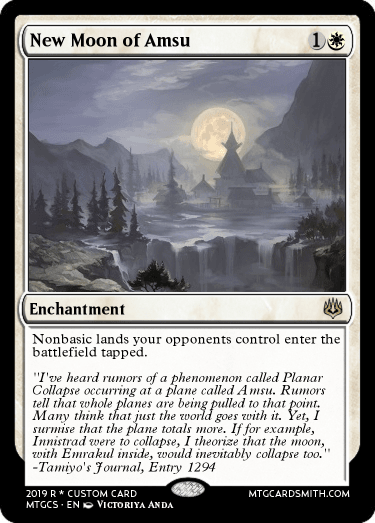 Nonbasic lands your opponents control enter the battlefield tapped.
"I've heard rumors of a phenomenon called Planar Collapse occurring at a plane called Amsu. Rumors tell that whole planes are being pulled to that point. Many think that just the world goes with it. Yet, I surmise that the plane totals more. If for example, Innistrad were to collapse, I theorize that the moon, with Emrakul inside, would inevitably collapse too."
-Tamiyo'