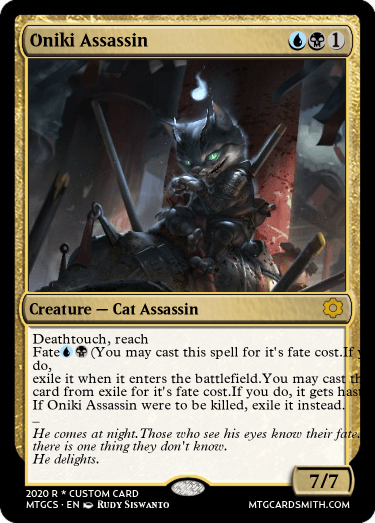 Deathtouch, reach
Fate{u}{b}(You may cast this spell for it's fate cost.If you do,
exile it when it enters the battlefield.You may cast this
card from exile for it's fate cost.If you do, it gets haste.)
If Oniki Assassin were to be killed, exile it instead.
-
He comes at night.Those who see his eyes know their fate.But there is one thing they don't know.
He delights.

Support LordTachanka123's creations
with a gift of Premium Membership!