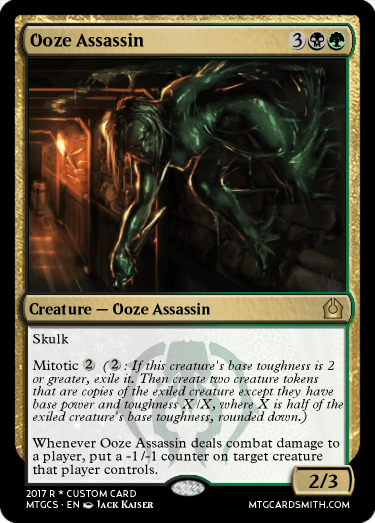 Skulk
Mitotic {2} ({2}: If this creature's base toughness is 2
or greater, exile it. Then create two creature tokens that are copies of the exiled creature except they have base power and toughness X/X, where X is half of the exiled creature's base toughness, rounded down.)
Whenever Ooze Assassin deals combat damage to
a player, put a -1/-1 counter on target creature that player controls.