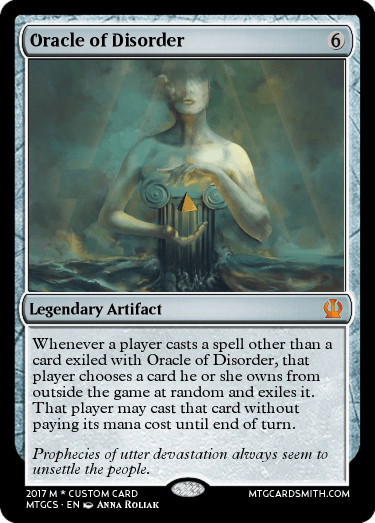 Whenever a player casts a spell other than a card exiled with Oracle of Disorder, that player chooses a card he or she owns from outside the game at random and exiles it. That player may cast that card without paying its mana cost until end of turn.
Prophecies of utter devastation always seem to unsettle the people.

Support koover's creations
with a gift of Premium Membership!