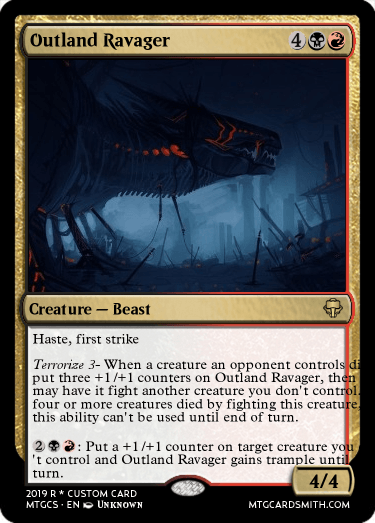 Haste, first strike
Terrorize 3- When a creature an opponent controls dies, put three +1/+1 counters on Outland Ravager, then you may have it fight another creature you don't control. If four or more creatures died by fighting this creature, this ability can't be used until end of turn.
{2}{b}{r}: Put a +1/+1 counter on target creature you don't control and Outland Ravager gains trample until end of turn.

Support Rawr73's creations
with a gift of Premium Membership!