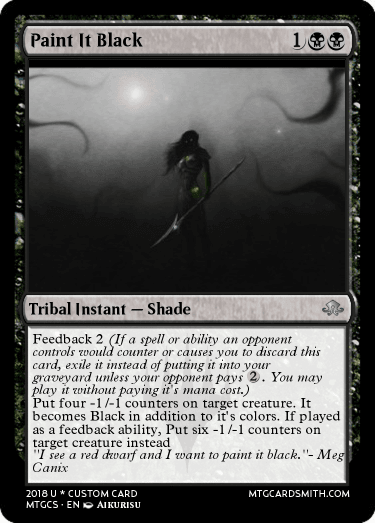 Feedback 2 (If a spell or ability an opponent controls would counter or causes you to discard this card, exile it instead of putting it into your graveyard unless your opponent pays {2}. You may play it without paying it's mana cost.)
Put four -1/-1 counters on target creature. It becomes Black in addition to it's colors. If played as a feedback ability, Put six -1/-1 counters on target creature instead
"I see a red dwarf and I want to paint it black."- Meg Canix