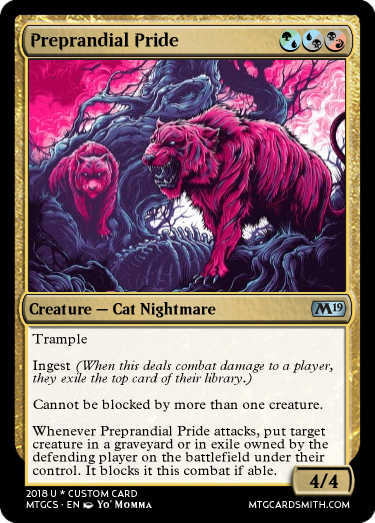 Trample
Ingest (When this deals combat damage to a player, they exile the top card of their library.)
Cannot be blocked by more than one creature.
Whenever Preprandial Pride attacks, put target creature in a graveyard or in exile owned by the defending player on the battlefield under their control. It blocks it this combat if able.

Support Involutus's creations
with a gift of Premium Membership!