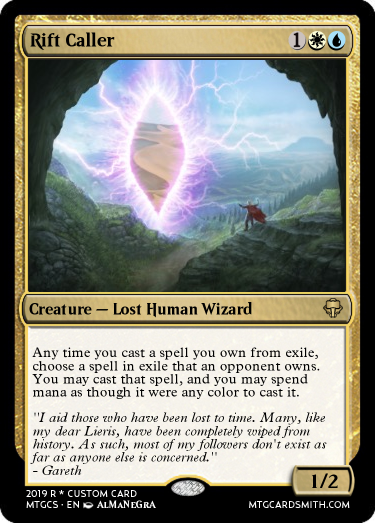 Any time you cast a spell you own from exile,
choose a spell in exile that an opponent owns.
You may cast that spell, and you may spend
mana as though it were any color to cast it.
"I aid those who have been lost to time. Many, like
my dear Lieris, have been completely wiped from
history. As such, most of my followers don't exist as
far as anyone else is concerned."
- Gareth