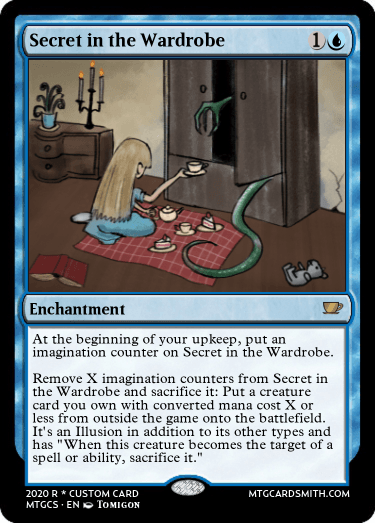 Secret in the Wardrobe

At the beginning of your upkeep, put an
imagination counter on Secret in the Wardrobe.
Remove X imagination counters from Secret in
the Wardrobe and sacrifice it: Put a creature
card you own with converted mana cost X or
less from outside the game onto the battlefield.
It's an Illusion in addition to its other types and
has "When this creature becomes the target of a
spell or ability, sacrifice it."

Support Teacup's creations
with a gift of Premium Membership!