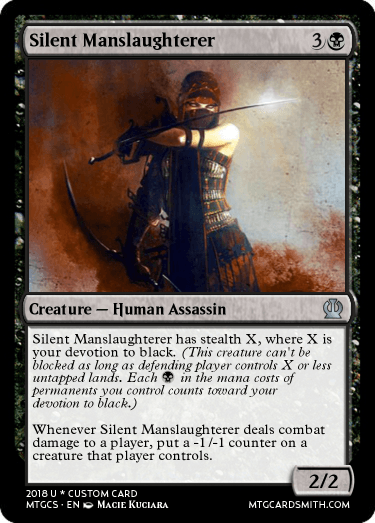 Silent Manslaughterer has stealth X, where X is your devotion to black. (This creature can't be blocked as long as defending player controls X or less untapped lands. Each {b} in the mana costs of permanents you control counts toward your devotion to black.)
Whenever Silent Manslaughterer deals combat damage to a player, put a -1/-1 counter on a creature that player controls.