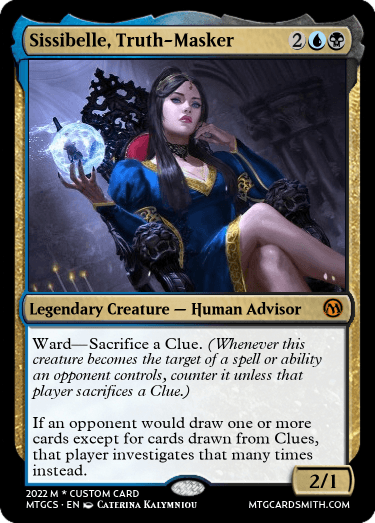 WardâSacrifice a Clue. (Whenever this creature becomes the target of a spell or ability
an opponent controls, counter it unless that
player sacrifices a Clue.)
If an opponent would draw one or more
cards except for cards drawn from Clues,
that player investigates that many times instead.

Support Jadefire's creations
with a gift of Premium Membership!