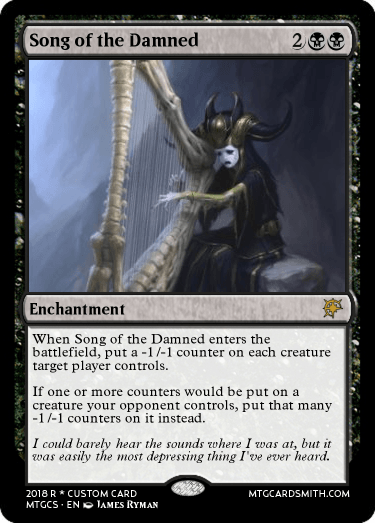 Song of the Damned

When Song of the Damned enters the battlefield, put a -1/-1 counter on each creature target player controls.
If one or more counters would be put on a creature your opponent controls, put that many -1/-1 counters on it instead.

I could barely hear the sounds where I was at, but it was easily the most depressing thing I've ever heard.