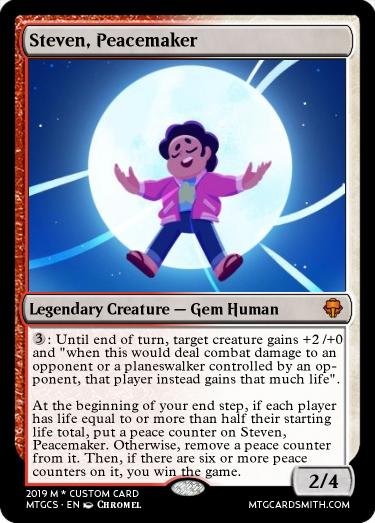 {3}: Until end of turn, target creature gains +2/+0
and "when this would deal combat damage to an
opponent or a planeswalker controlled by an op-
ponent, that player instead gains that much life".
At the beginning of your end step, if each player
has life equal to or more than half their starting
life total, put a peace counter on Steven,
Peacemaker. Otherwise, remove a peace counter
from it. Then, if there are six or more peace
counters on it, you win the game.

Support Suleman's creations
with a gift of Premium Membership!