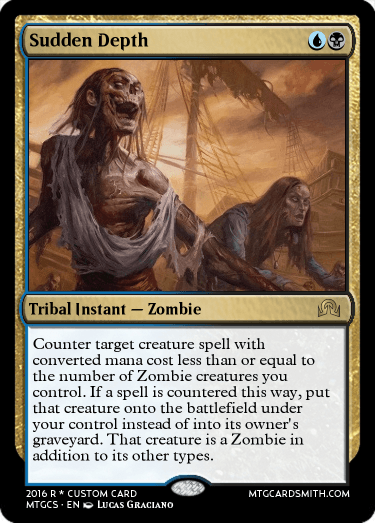 Counter target creature spell with converted mana cost less than or equal to the number of Zombie creatures you control. If a spell is countered this way, put that creature onto the battlefield under your control instead of into its owner's graveyard. That creature is a Zombie in addition to its other types.

Support koover's creations
with a gift of Premium Membership!