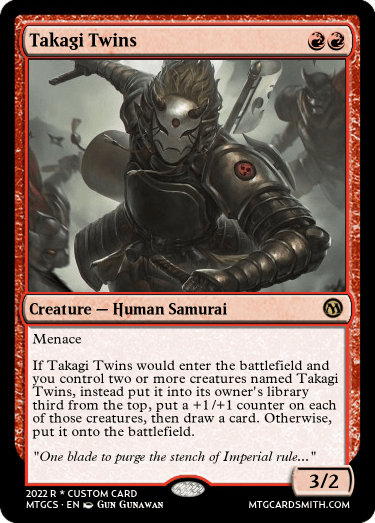 Menace
If Takagi Twins would enter the battlefield and
you control two or more creatures named Takagi Twins, instead put it into its owner's library
third from the top, put a +1/+1 counter on each
of those creatures, then draw a card. Otherwise,
put it onto the battlefield.
"One blade to purge the stench of Imperial rule..."

Support Jadefire's creations
with a gift of Premium Membership!