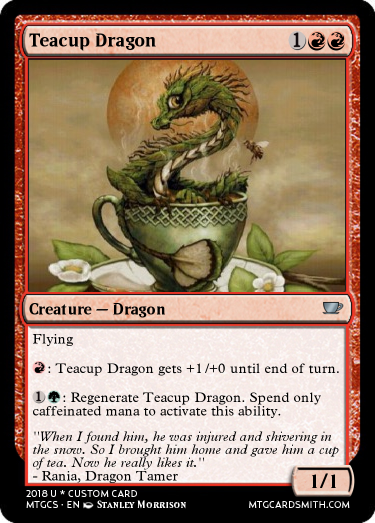 Flying
{r}: Teacup Dragon gets +1/+0 until end of turn.
{1}{g}: Regenerate Teacup Dragon. Spend only caffeinated mana to activate this ability.
"When I found him, he was injured and shivering in
the snow. So I brought him home and gave him a cup
of tea. Now he really likes it."
- Rania, Dragon Tamer

Support Teacup's creations
with a gift of Premium Membership!