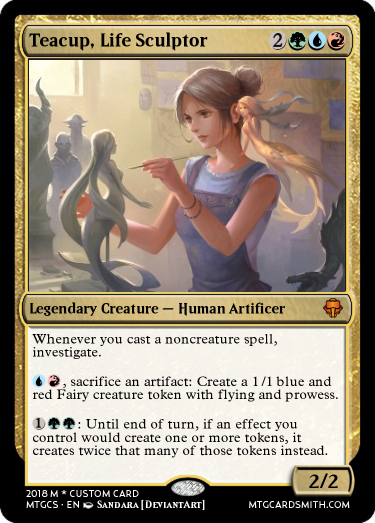 Whenever you cast a noncreature spell, investigate.
{u}{r}, sacrifice an artifact: Create a 1/1 blue and red Fairy creature token with flying and prowess.
{1}{g}{g}: Until end of turn, if an effect you control would create one or more tokens, it creates twice that many of those tokens instead.

Support Jonteman93's creations
with a gift of Premium Membership!