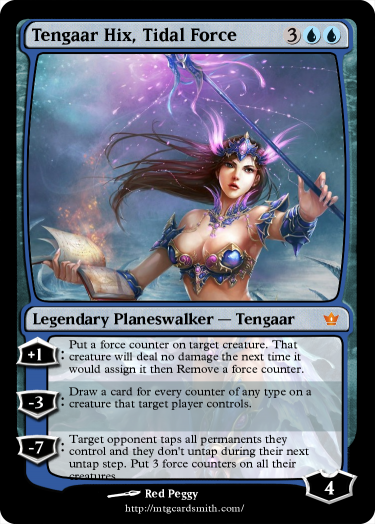 +1: Put a force counter on target creature. That creature will deal no damage the next time it would assign it then Remove a force counter.
-3: Draw a card for every counter of any type on a creature that target player controls.
-7: Target opponent taps all permanents they control and they don't untap during their next untap step. Put 3 force counters on all their creatures.