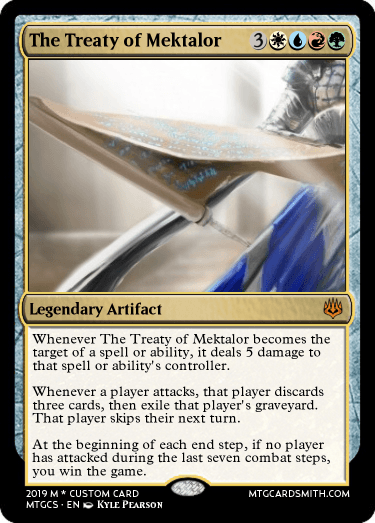 Whenever The Treaty of Mektalor becomes the target of a spell or ability, it deals 5 damage to that spell or ability's controller.
Whenever a player attacks, that player discards three cards, then exile that player's graveyard. That player skips their next turn.
At the beginning of each end step, if no player has attacked during the last seven combat steps, you win the game.