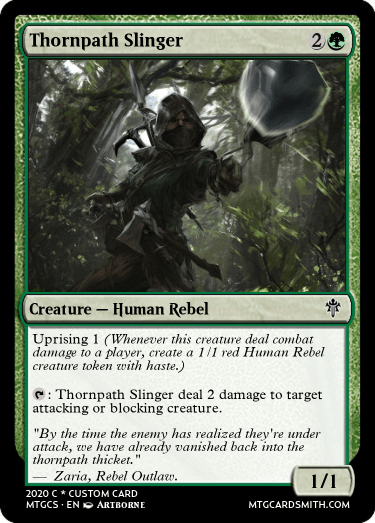 "By the time the enemy has realized they're under
attack, we have already vanished back into the
thornpath thicket."
â Zaria, Rebel Outlaw.

Support dekesai's creations
with a gift of Premium Membership!