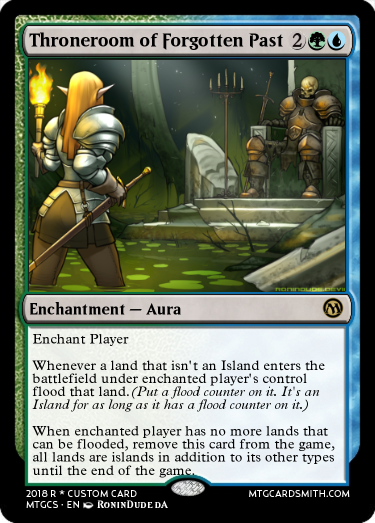 Throneroom of Forgotten Past

Enchant Player
Whenever a land that isn't an Island enters the battlefield under enchanted player's control flood that land.(Put a flood counter on it. It's an Island for as long as it has a flood counter on it.)
When enchanted player has no more lands that can be flooded, remove this card from the game, all lands are islands in addition to its other types until the end of the game.

Support Dechujoh64's creations
with a gift of Premium Membership!