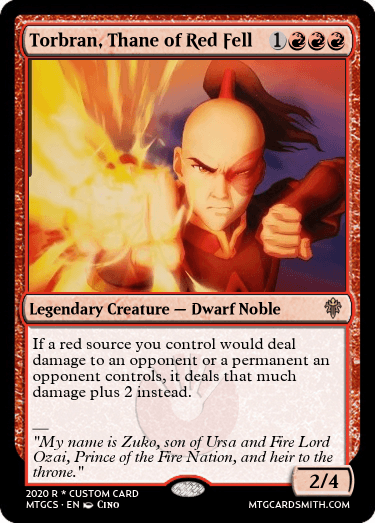 If a red source you control would deal
damage to an opponent or a permanent an
opponent controls, it deals that much
damage plus 2 instead.
â
"My name is Zuko, son of Ursa and Fire Lord Ozai, Prince of the Fire Nation, and heir to the throne."

Support basedcino's creations
with a gift of Premium Membership!