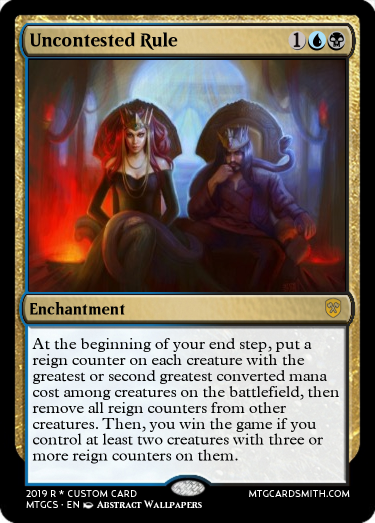 At the beginning of your end step, put a
reign counter on each creature with the greatest or second greatest converted mana
cost among creatures on the battlefield, then remove all reign counters from other creatures. Then, you win the game if you control at least two creatures with three or
more reign counters on them.