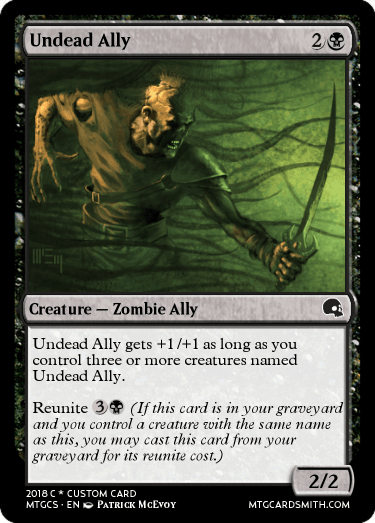 Undead Ally gets +1/+1 as long as you
control three or more creatures named
Undead Ally.
Reunite {3}{b} (If this card is in your graveyard
and you control a creature with the same name
as this, you may cast this card from your
graveyard for its reunite cost.)

Support TheMechanix's creations
with a gift of Premium Membership!