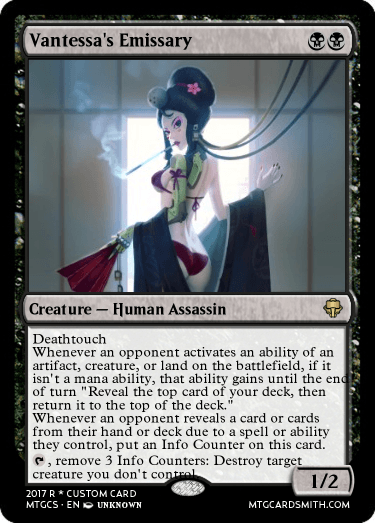 Deathtouch
Whenever an opponent activates an ability of an artifact, creature, or land on the battlefield, if it isn't a mana ability, that ability gains until the end of turn "Reveal the top card of your deck, then return it to the top of the deck."
Whenever an opponent reveals a card or cards from their hand or deck due to a spell or ability they control, put an Info Counter on this card.
{t}, remove 3 Info Counters: Destroy target creature you don't control.

Support Ben_Rainbase's creations
with a gift of Premium Membership!