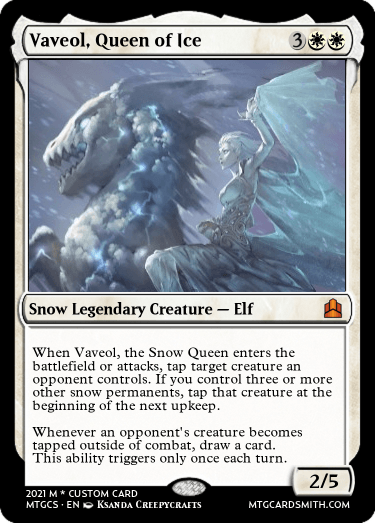 When Vaveol, the Snow Queen enters the
battlefield or attacks, tap target creature an
opponent controls. If you control three or more
other snow permanents, tap that creature at the beginning of the next upkeep.
Whenever an opponent's creature becomes
tapped outside of combat, draw a card.
This ability triggers only once each turn.

Support LyndonF's creations
with a gift of Premium Membership!