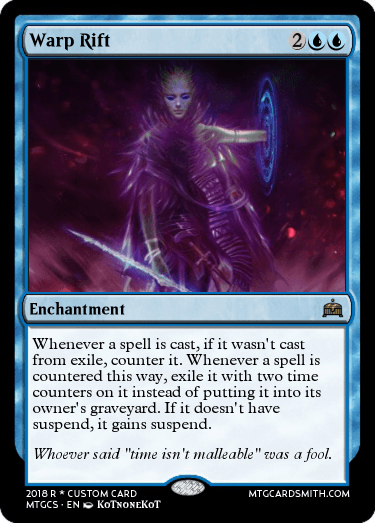 Whenever a spell is cast, if it wasn't cast
from exile, counter it. Whenever a spell is countered this way, exile it with two time counters on it instead of putting it into its
owner's graveyard. If it doesn't have
suspend, it gains suspend.
Whoever said "time isn't malleable" was a fool.