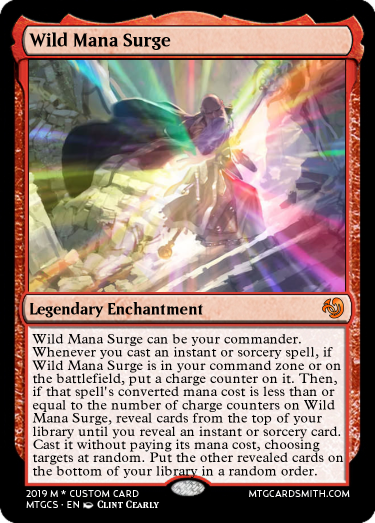 Wild Mana Surge can be your commander.
Whenever you cast an instant or sorcery spell, if
Wild Mana Surge is in your command zone or on
the battlefield, put a charge counter on it. Then,
if that spell's converted mana cost is less than or
equal to the number of charge counters on Wild
Mana Surge, reveal cards from the top of your
library until you reveal an instant or sorcery card.
Cast it without paying its mana cost, choosing
targets at random. Put the other revealed cards on
the bottom of your