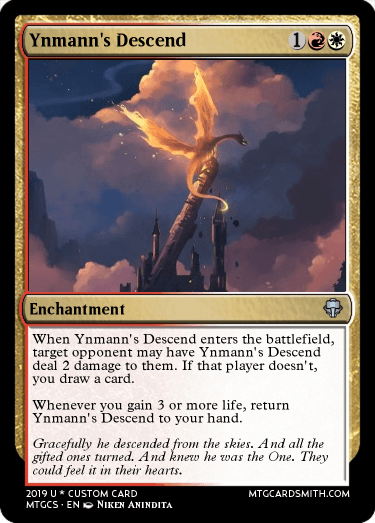 When Ynmann's Descend enters the battlefield,
target opponent may have Ynmann's Descend
deal 2 damage to them. If that player doesn't,
you draw a card.
Whenever you gain 3 or more life, return
Ynmann's Descend to your hand.
Gracefully he descended from the skies. And all the
gifted ones turned. And knew he was the One. They
could feel it in their hearts.

Support ArmisJoe's creations
with a gift of Premium Membership!