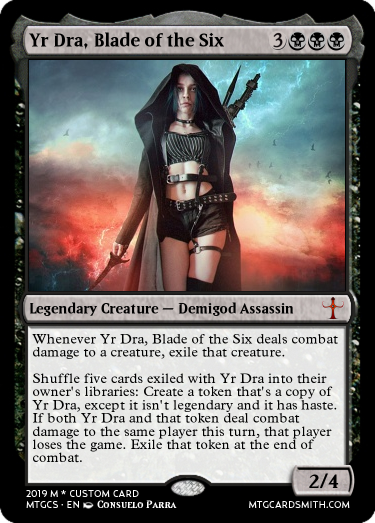 Yr Dra, Blade of the Six

Whenever Yr Dra, Blade of the Six deals combat damage to a creature, exile that creature.
Shuffle five cards exiled with Yr Dra into their
owner's libraries: Create a token that's a copy of
Yr Dra, except it isn't legendary and it has haste.
If both Yr Dra and that token deal combat
damage to the same player this turn, that player
loses the game. Exile that token at the end of
combat.

Support Tommia's creations
with a gift of Premium Membership!