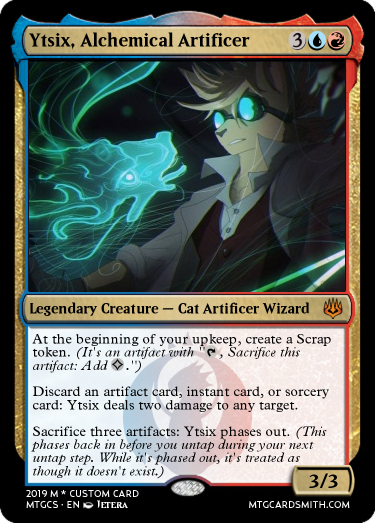 At the beginning of your upkeep, create a Scrap
token. (It's an artifact with "{t}, Sacrifice this
artifact: Add {c}.")
Discard an artifact card, instant card, or sorcery
card: Ytsix deals two damage to any target.
Sacrifice three artifacts: Ytsix phases out. (This
phases back in before you untap during your next
untap step. While it's phased out, it's treated as
though it doesn't exist.)

Support Tommia's creations
with a gift of Premium Membership!