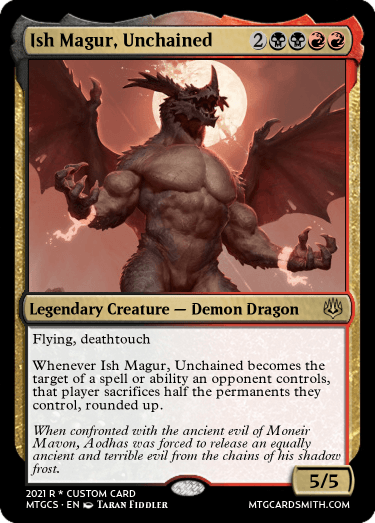 Flying, deathtouch
Whenever Ish Magur, Unchained becomes the target of a spell or ability an opponent controls, that player sacrifices half the permanents they control, rounded up.
When confronted with the ancient evil of Moneir Mavon, Aodhas was forced to release an equally ancient and terrible evil from the chains of his shadow frost.