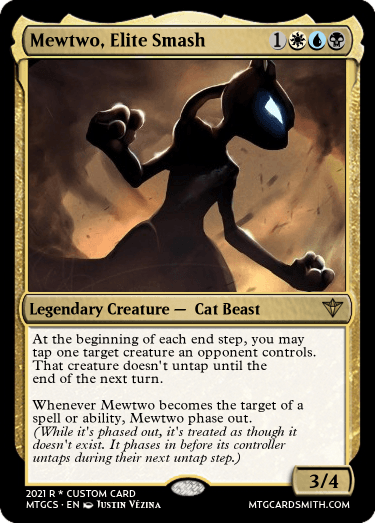 At the beginning of each end step, you may
tap one target creature an opponent controls.
That creature doesn't untap until the
end of the next turn.
Whenever Mewtwo becomes the target of a
spell or ability, Mewtwo phase out.
(While it's phased out, it's treated as though it
doesn't exist. It phases in before its controller
untaps during their next untap step.)

Support justin198's creations
with a gift of Premium Membership!